To share your memory on the wall of Thomas Voss, sign in using one of the following options:

The gesture that can change the world

The gesture that can change the world

There are no events scheduled. You can still show your support by sending flowers directly to the family, or planting a memorial tree in memory of Thomas Loraine Voss.
Plant a Tree

We encourage you to share your most beloved memories of Thomas here, so that the family and other loved ones can always see it. You can upload cherished photographs, or share your favorite stories, and can even comment on those shared by others.

Posted Jun 11, 2021 at 12:54pm
Awwww, soo sad to hear this. I had pleasure of working at school with Tom quite a bit. Not a kinder, easy going guy could you ask for in my opinion. I never once heard Tom have a bad word about anyone. Good people like Tom seem hard to come by anymore. Tom, you will be missed no doubt, and for sure Rest In Peace my friend. 😪🙏🙏
Comment Share
Share via: 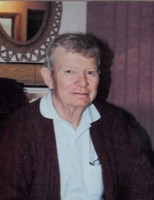