To share your memory on the wall of Robert Morley, sign in using one of the following options:

To send flowers to the family or plant a tree in memory of Robert Lee Morley, please visit our Heartfelt Sympathies Store.

We encourage you to share your most beloved memories of Robert here, so that the family and other loved ones can always see it. You can upload cherished photographs, or share your favorite stories, and can even comment on those shared by others.

Zoe, Tracey and Lee and Mary Dassay sent flowers to the family of Robert Lee Morley.
Show you care by sending flowers

Posted Apr 12, 2021 at 10:24am
I am sad for the loss, Uncle Bob was so much fun to be around. His humor and his friendship were awesome and infectious. I enjoyed his stories about my father, and I always loved how he would tease my mom. I was blessed to have him as my God Father, I will always have him in my heart!
Comment Share
Share via:
Y

Posted Apr 10, 2021 at 05:56pm
Sending my condolences. I have great memories of “Uncle” Bob’s smile and laugh when I was a kid. He and my dad were great friends from Steering Gear days. Love, Yvonne Navarro Whitaker
Comment Share
Share via:
TM

Posted Apr 09, 2021 at 08:05am
Our thoughts and love are with the family. It brings me joy to know that he lived a great life and was loved. Uncle Bob was always larger than life!

Zoe, Tracey and Lee purchased the Love's Journey for the family of Robert Morley. Send Flowers

Posted Apr 07, 2021 at 04:04pm
Brians, Jason and family ! Your father was very special to our family as you know. Sending our love and prayers in the days ahead.. 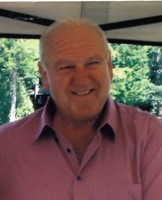 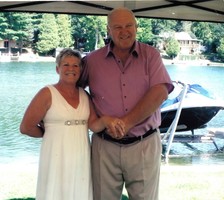